I’ll get back in touch with you! 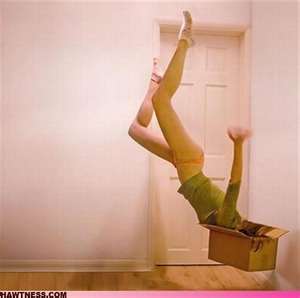 Imagine running into someone you haven’t seen in a long time. First the shock of seeing them, then the surprise that they were just a passer-by who suddenly recognized you from both of your pasts. Small world! Happens all the time to people. usually I try to hide from them, if I see them first. They were left in the past, not to have gotten hold of you, or you of them for a reason. So why now? As I duck behind a pillar of a building, avoiding all of the possibility’s of run into them. The them as in Bill! So I thought!

Strange that I all most ran in to Bill. What a jerk he was when we were younger. He used to pull my hair, like a girl who liked you. But just didn’t have the guts to say it! Crap! No! He didn’t! Your thoughts are running through all of the possibility’s now!

Pulling up to your favorite hot dog vendor, you look over your shoulder just to satisfy your mind that Bill is no were in sight. Removing the fear of running into him unexpectedly.

” What can I get you?” The vendor shouted out in trying to get my attention.

” Oh! Ya. Sorry, I’ll take the kosher dog, and a Pepsi. Please.” I said glancing around for the napkins. Still thinking maybe I should looking over my shoulder. But that’s a bit paranoid, I thought.

“And to you as well. Thanks for the best dog in town! Have a good day!”

I grabbed a napkin and loaded my dog with mustard and ketchup, Re-rapped my dog in its blanket of paper wrapper. And now off to the office with my prize of the best dog in town. And at a great value. At that, I reassured my self. Fast service, and close to the office as well, just what was expected for a shortened lunch. Maybe not the best lunch but it hits the spot.

Just as I was getting to the spot that I ducked behind the pillar to avoid detection by Bill. My mind started to get that feeling of uneasiness. Will I have to run into him? Kind of silly when you think about it. But I haven’t seen him in years, net alone heard from him all that time. I would prefer to leave him in the past. Like those collector Toys that someone might have up on the shelf in their spare room. Never to be played with, just collected, or looked at from time to time. That’s how I prefered to leave him, along with his memory’s, in the dusty coroners of my mind. Forgotten! Untill now! Just why? Out of all of the people in the world why him, and now, today? I know the world is small, but it has to be just a bit bigger than that?

I rounded the corner to my building, and headed for the automatic doors with my food. To the elevators and complete safety, so I thought. I pressed the up button and stood waiting for the doors to open. Swoosh as they opened and I paused just for a moment to let people off, before I entered the elevator.

“Can some one hit the number 15 please?” I called out. Not being able to hit the button myself, do to the semi crowed position I placed myself in when I entered. Seem like everyone was on lunch at the same time. Cradling my food prize as if it was gold. Swoosh and the doors closed, we all were trapped inside of a can for the time being.

“John? Hay John that is you?” Said a strange but familiar voice. Then I felt the tug on my hair from behind me. Damn! What are the odds of that?

Glancing over my shoulder to just confirm that it was Bill. ” Hay! Small world.”

“Ya. Imagine that. Running into you here! Now how long has it been? Bill was all smiles and excited to have run into me this way.

” Well About 10 or 15 years now I guess.” Just saying it, but saying it the best way I can. Still trying to hide my not so thrilled true thoughts from him and everyone else. At least he was behind me, so he can’t see the look that, I’m sure, I had on my face.

The door swoosh open and It’s my floor. Thank God. It wasn’t soon enough I thought as I jumped off and turned to say my goodbyes to Bill. Fully expecting the doors of the elevator to be more tomb like, closing him in permanently as they closed. Totally freed me of his presence in my little world. But before I could get a word out, I saw him pushing his way off the elevator.

“Excuse me that’s my floor! Hold the door please, just a bit longer! Thanks!” He said, staggering past the last person and out onto my floor in front of me. ” Who would have thought running into you. Wow! You haven’t changed a bit.” He added, while caching himself and straining his suit jacket.

“Ya, who would have thought.” I put my best surprised look on my face. ” It’s just healthy liven I guess. Ya that’s the secret.” I added still clutching my dog and drink. There was this moment of that award silence where neither one of was saying anything. It was like we were just sizing each other up for the moment.

” Who me? No! I’m just stopping in on a friend for a quick-lunch, before heading to my meeting.” I lied. But I just haven’t seen Bill so why give him more info then it was necessary. I didn’t need someone like Bill thinking I’m new in town, so I’ll just be popping in on you while your working. So lie I did! Who knows he maybe just … well who knows. ” So what brings you to this neck of the woods? No! Dont tell me you work here?

“No. Not yet that is. I’m looking for some one. My lawyer’s office.”

“Oh! I got cha.” Just responding to his small talk, but looking for the opening to cut this chance meeting short.

“Well I don’t have a lot of time. But I had to say hi to ya, and pull your hair for old-time sake.” Bill let out a little laugh, as he pushed the button to the elevator. ” Lessen, I would like to talk to you more, and catch up, but have to run myself. You have your lunch to get to, and I don’t wish to keep you. So how about we catch up later?”

“Ya that’s my thought exactly!” I exclaimed in response.

” Give me your number and I’ll call you? No! I’ll get back in touch with you for sure!” He reached into his jacket and pulled out a card, and handed it to me.

We exchanged our numbers with each other and he got on the elevator. “I mean it! Back in touch!” Bill exclaimed as the door closed and some what cut him off.

Now isn’t that the most over rated saying anyone could give to someone else. What a lie! Should have put out a billboard saying ” I’m going to feed you some bull s**t now!” Call you back? Keep in touch? Get back in touch with you later? All of these are just a way to brush someone off, that you have no intention in calling back.

When you meet a new girl or guy depending on the sexual attraction you may have. Do you get their number and then give them that line? ” I’ll get in touch with you!”? I think not! Most people would say something like I have in the past. ” Well nice to have met you too! I would like to bet you a diner at the restaurant of your choice. That your are as beautiful on the inside as your are with your out ward appearance.” Or ” Well I wish I could steal some more time to get to know you better. Could I call you later?” I know there are pickup lines, and in the example that I gave these would have been just to weird. But the point is, no one says I’ll get back in touch with you! Unless they are trying to kindly tell you off. But then maybe they are just telling you to” F**K OFF! Thank God I’m out of there!” I guess you will have to decide?

It’s now a year later, and I haven’t heard from Bill yet. Not that I was looking forward to it. But just as well. He said he was looking for a lawyer? So maybe he was a mass murder, or just a theft, or was going to have a divorce? Maybe just a little unstable 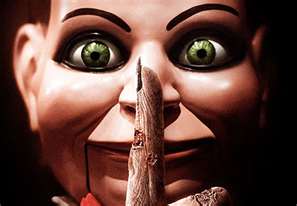 mentally, and who knows! I haven’t seen him in a long time. Any way I don’t care. My point is any one who says they will get back in touch, is just giving you the brush off. People! I guess we all have a love/hate interaction with everyone we run into these days. Is that just modern human nature? Why do we need to have someones number anyway that we don’t ever intend to call back net alone want to talk to, just reminding ourself’s of ancient times, that we all would like to forget?

I think that getting the number gives you options. Ya. That way if you ever get liquid courage in you. You can then tell those people, just what you really think of them. You can call them up! That’s what happen to me anyway. Around 10:00 pm to 3:00 am friday night to sunday morning. That’s when I get the most calls by people who I can barely remember. Who only seem to say, “Is this _____________ .” You can fill in the blank. ” Well then you can just F**K OFF!!” They say.

Not that I get ten calls a night like that. But that’s the times I get those kind of calls. When people tell me after I give them my number by their request. ” I’ll get back in touch with you!” I just put their voice into memory as my future phone calls of people who will curse at me in the early morning hours on my week-end. I just record their calls just to play it back to them on a weekday morning early like 2:00 am when they least expect it. Thank God for caller ID, and pay backs!

the truth has no agenda! a mind is a terrible thing to waste! not to pass on a smile that you receive from someone else is a missed opportunity and a lost moment to make a difrence in someone's life! To have choices made for you is to be held captive, to choose, is the first steps in freedom, to except responsibility is to fly and be free to experience life!
View all posts by mindwarpfx »
« Electric taggers unleashed.
Over rated? The responsibility’s of happiness? ( with butt loads of money) »

5 thoughts on “I’ll get back in touch with you!”